[fusion_title size=”2″ content_align=”left” style_type=”default” sep_color=”” margin_top=”” margin_bottom=”” class=”” id=””]The Burial Cave of Rabbi Judah He-Hasid[/fusion_title][fusion_text]On the first of Heshvan 5461 (October 14, 1700), on a Wednesday, Rabbi Judah He-Hasid [“the Pious”] and his ‘holy group’ reached the gates of Jerusalem. Rabbi Judah breathed the holy air of the Land of Israel for just five days; on the 6th of Heshvan, he returned his soul to its Maker. Many of the residents of Jerusalem came to escort him on his final journey.

“When they led the body of our Rabbi from the house to the holy courtyard, the people of Jerusalem – men and women, gathered to perform this kindness for our deceased Rabbi. They stood in the courtyard with the body, and the Sephardic cantor sang liturgical songs that the Sephardic sect customarily sings at funerals. The cantor sang in a bitter, weeping voice, and the entire nation sang and wept bitterly over the sudden death of our Rabbi; many had not even had the chance to see his holy face. After each stanza of the song, everyone began at once to hit their heads with their hands and shout ‘Oy, oy’ so intensely that if someone had a heart of stone, it would have melted. When the cantor finished the song, those carrying the stretcher, the greatest Sephardic leaders, carried it to the cemetery outside the holy city, the Mount of Olives, to the slopes of the mountain. There was a spot there at the foot of the mountain that was like a cave, and they placed him there.”

There is no doubt that the members of the Hevra Kadisha in the 18th and 19th centuries were very familiar with the cave where Rabbi Judah was buried. In addition, anyone from the Old Yishuv who looked out at the Mount of Olives could point exactly to its location.

Rabbi Aryeh Leib Frumkin, who reached the Land of Israel in 1871 and was one of the first to document the Jewish cemetery, wrote in his book, Toldot Chachamei Yerushalayim: “On the Mount of Olives at the east side of Jerusalem, there are burial caves with niches that are filled, one on top of the other. There, pious and holy souls who gave their lives out of love for the land of our forefathers found a resting place for themselves. Today, it is called ‘the cave of Rabbi Judah He-Hasid’ and it is an eternal memorial to these righteous and lofty souls. The elders of the city maintain the tradition that there lies Rabbi Judah He-Hasid and some of his students.”

Rabbi Judah He-Hasid and his ‘holy group,’ as he called them, were the largest group of immigrants to reach the Land of Israel since the destruction of the second Temple. They will forever be etched in our historical memories due to the fact that the Jews of Jerusalem insisted on calling the Beit Yaakov synagogue “the Hurva [Ruins] of Rabbi Judah He-Hasid.”

An Arab Legion soldier stands among the ruins of the Hurva Synagogue holding an unfurled Torah scroll.

Rabbi Judah He-Hasid was born in the city of Dubno (some say in Siedlce) in 1660. He was born eleven years after the Chmielnicki Massacres of 1648-1649 that almost completely destroyed the Jewish communities of Poland.

As a child, he witnessed the crisis that swept through the Jewish communities of Poland after it became apparent that Sabbatai Zvi was a false messiah. With these traumatic events in the background, and driven by a longing for a life of holiness in the Land of Israel, Rabbi Judah He-Hasid’s immigration movement came to life in 1697. For a period of three years, he traveled through various European communities gaining followers, until he had amassed a group of about 1,500 people. Many of these followers passed away on the journey before ever reaching Israel.

Rabbi Natan Nata Mannheim, the Av Beit Din of Hagnoi, wrote a description of the group: “I saw worthy people, a large community was gathered…this was the ‘holy group,’ a large group of Jews…they possessed wisdom, reason and were very learned…and above them all was the righteous one, the top of all holiness…the wonderful Rabbi, the pious and holy lion, Judah.”

The Jewish community in Jerusalem was composed of about 1,200 residents who excitedly prepared for the arrival of the immigrants and prepared homes for them. As Rabbi Gedalia of Siamtitz writes: “In 1700, we came to the holy city and the synagogue was built with the holy courtyard and many homes around the courtyard, approximately forty homes, as well as a beautiful study hall filled with books…” Rabbi Judah was supposed to be bringing funds with him to cover the debts incurred during the construction, and he apparently even managed to purchase a lot near the Ramban Synagogue. His sudden death caused great tumult.

Many of the members of the group returned to their countries of origin. Some were persecuted in Israel after one of the students, Rabbi Chaim Malach, publicly announced that he was a Sabbatean. Others survived meagerly and set out as meshulachim (rabbinical emissaries) to collect money to support themselves and to repay the astronomic debt to the Arabs.

On the 8th of Heshvan 5481 (1720), after failing to repay the debt, the Muslims destroyed the courtyard and expelled the remaining Ashkenazi Jews. For almost one hundred years, no Ashkenazi Jews were permitted to live in Jerusalem, until the arrival of the students of the Vilna Gaon.

Over the past two years, the Sephardic plot on the Mount of Olives was restored. During the restoration, underneath the piles of dirt that were poured onto the tombstones during the Jordanian period, a small Ashkenazi plot was discovered. In this plot, the first Perushim had been buried – the students of the Vilna Gaon who re-founded the Ashkenazi community at the beginning of the 19th century (including Rabbi Shlomo Zalman Shapira, Rabbi Yechiel Neeman, treasurer of the Hurva, and others).

In addition, during the restoration, the cave of Rabbi Judah he-Hasid was rediscovered. The stone covering the entrance was removed, revealing a surprise for those who entered: inside the cave, which was apparently originally used as a cistern, dozens of niches had been carved out on different levels. On the plaster that still remains between the niches, there are decorations. Some of the niches are filled with rocks, some are sealed, and above some of them, names had been inscribed.

Today, not everything that Rabbi Frumkin saw is still viewable. The cave is filled with dirt that was poured into it, covering the lower level of niches. In addition, the niches that were sealed were broken open.

Rabbi Frumkin continues to write: “On the floor of the cave are about ten grave markers, which have not yet been buried by the dirt. All of the holy wise men buried in this holy place are Ashkenazi people, but we did not find an engraved inscription, only these three markers: “Marker of the gravesite of the elderly Avraham Zarfati,” “Gravesite of the elderly honorable Rabbi Yitzchak Ashkenazi,” “Gravesite of the renowned honorable Rabbi Yosef Ashkenazi.” These names and additional names etched on the walls of the cave are still an enigma. We do not know if they are the names of members of Rabbi Judah he-Hasid’s group, or whether they belong to members of the Ashkenazi community buried in the cave during earlier centuries.
Rabbi Judah He-Hasid’s name does not appear in the cave, but Rabbi Gedalia of Siamtitz mentions an important piece of information in his description of the cave: “…And he was placed there, but they did not make a niche in the side like the ancient custom; rather, they dug a pit in the floor, as is customary today outside of Israel.”
“At the end of that same year, his wife the Rabbanit and his son, who was young and good, also passed away, and they were both buried right with him in that cave, the three of them in one spot. They passed on to rest and left us to mourn.”[/fusion_text] 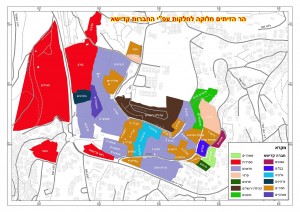 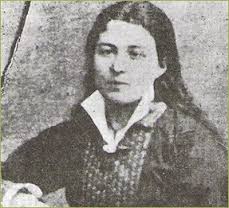